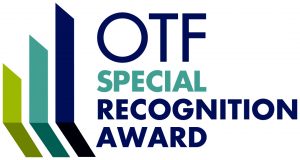 For many years, OTF had the privilege of presenting the Greer Award to outstanding and deserving recipients for their contributions to publicly funded education in Ontario.

Now that the funding for the award has ended, OTF is announcing the new OTF Special Recognition Award which will be presented annually to an organization, group or individual in acknowledgement of outstanding contributions to publicly funded education in Ontario, beyond the school board level.

The efforts of the individual, group or organization must have the goal of improving publicly funded education in Ontario. The nominee’s contributions may be at the local or provincial level and must have been sustained over an extended period of time.

Anyone can nominate: parents, students, teachers, administrators, members of the public.

For more information on the award, the criteria and the nomination form, click on Special Recognition.

Feel free to share this information as you wish.