The membership of the OTF Executive consists of the president, general secretary and elected table officer of each affiliate plus the OTF Secretary-Treasurer. 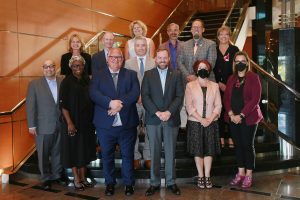